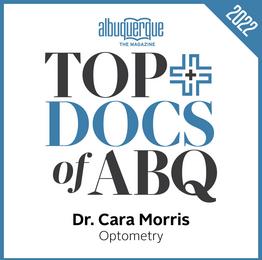 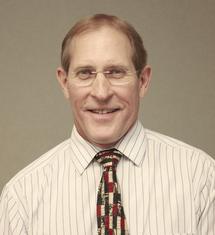 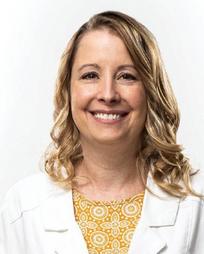 Dr. Morris Grew up in Erie, Pennsylvania, and is married with two children. In her free time, she likes to hang out with her family and travel. She has been a practicing optometrist for over15 years. She graduated from the University of California Berkeley in 2004. She was Awarded Top Doc of Optometry, Albuquerque The Magazine, March 2020, as well as for 2022.  She is a Fellow of the American Academy of Optometry, a member of the American Optometric Association and the New Mexico Optometric Association, and is also a Clinical Examiner for the New Mexico Board of Optometry

Dr. Folkman, an Albuquerque Native, received his B.S. Degree from New Mexico State University in 1977 before going on to study optometry at the University of Houston College of Optometry. He interned at the UHCO clinic and then returned to Albuquerque to intern at the Southwestern Indian Polytechnic Institute. After receiving his optometry degree in 1981, Dr. Folkman became a full partner in the practice of Dr. Charles R. Briggs, a pioneer in contact lens development and manufacturing. In early 1987, Dr. Folkman took over Dr. Briggs' practice.